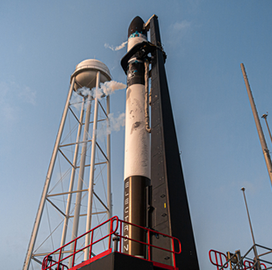 Under the CRADA, Rocket Lab will examine the possibility of using its Neutron and Electron launch vehicles for global cargo transportation. The company will also be able to use its Photon spacecraft to establish on-orbit cargo depots and delivery re-entry capability.

Peter Beck, the founder and CEO of Rocket Lab, said the Electron launch vehicle has demonstrated its ability to adapt to mission needs during NASA’s CAPSTONE mission while the Neutron vehicle can do the same as Electron but with a bigger payload capacity and frequent re-flight capabilities. Photon is designed to improve rapid global deployment, Beck said.

The Photon spacecraft can be used as constellations or as standalone systems. It can perform weather and Earth observation, communications, payload delivery and planetary science observation.

Rocket Lab USA offers space launches, space systems and mission support services. It is headquartered in Lakewood, California, and has offices in the U.S., Canada and New Zealand.