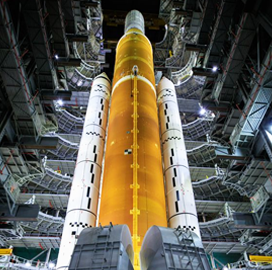 The National Aeronautics and Space Administration announced that it has awarded Albama-based RSi-QuantiTech JV the Marshall Engineering Technicians and Trades Support III contract for a wide range of engineering and management services. Specifically, the deal would require the joint venture to provide trade skills and help manage the technical staff at the Marshall Space Flight Center in Huntsville and Michoud Assembly Facility in New Orleans, NASA said Friday.

Under the small business contract, RSi-QuantiTech JV will be responsible for providing on-site engineering technicians and trade skills services to the Engineering Directorate and Facilities Management Office at Marshall, as well as other programs and projects requiring such services at Marshall and Michoud.

The performance-based, cost-plus-award-fee contract has a potential mission services value of $76.6 million and a maximum potential indefinite-delivery/indefinite-quantity value of $196.8 million. The contract takes effect on Mar. 1, 2022, with a one-year base period, followed by four one-year option periods that may be exercised at the space agency’s discretion.

On Tuesday, NASA also awarded multiple contracts, potentially worth up to $40 million, for rotorcraft vertical lift technology development research and development support at the agency’s Ames Research Center in Silicon Valley, California. The contracts were awarded to AgustaWestland Philadelphia, The Boeing Company, Collins Aerospace, Georgia Tech Research, Monterey Technologies and Sikorsky Aircraft, which will also provide services to other NASA centers and the Department of Defense.

On Dec. 2, the space agency awarded the Booster Production and Operations Contract to Northrop Grumman to build boosters for the Space Launch System rocket to support nine flights. The deal, with a value of $3.19 billion, definitizes a letter contract awarded in June 2020 that authorized Northrop Grumman to order long-lead items and build twin boosters for the next six SLS flights, NASA also said.