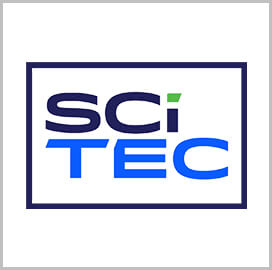 According to David Simenc, SciTec’s executive director and lead for the FORGE program, the SpEC competition allowed the company’s team to build and exhibit the significant capabilities of its cyber-resilient applications for FORGE mission data processing.

FORGE aims to establish a ground system that will support the Space-Based Infrared System’s operations and the future next-generation Overhead Persistent Infrared satellites, which will be launched over the next decade. The ground site will replace the architecture that SBIRS currently uses.

In August, the Space Force announced that a geostationary test bed, called the Wide Field of View satellite, was ready to begin its mission of collecting space data to inform future missile-warning algorithms, advance the capabilities to detect threats and provide mission risk reduction for the next-generation OPIR program. Millennium Space Systems designed and developed WFOV, which features an L3Harris-built sensor. WFOV went online after its launch on a United Launch Alliance rocket on July 1 as part of a space modernization initiative for OPIR.