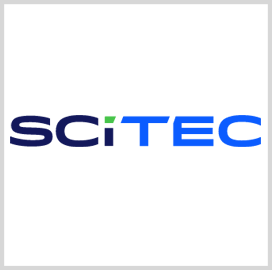 New Jersey-headquartered SciTec on Tuesday announced that it was awarded a $5 million Space Force contract to develop a software application that analyzes data from U.S. missile-warning satellites. Under the nine-month contract, the company will be processing data from Space-Based Infrared System sensors on satellites in highly elliptical orbits, SpaceNews reported Tuesday.

The contract will see SciTec’s app hosted on a government-owned ground system known as Future Operationally Resilient Ground Evolution. The Air Force launched FORGE in 2019 to serve as the ground system for SBIRS and for the Next-Generation Overhead Persistent Infrared satellites, which will be put in orbit in coming years.

FORGE generates warnings, alerts and other information for combatants and eventually, civilian first responders and researchers. It is also capable of processing data from other civil and environmental sensors. As the volume of data grows and new threats emerge, ground stations need to evolve and adapt, according to Raytheon, the designer of FORGE under a nine-year $197 million five-year contract.

SciTec, Maxar and Altamira were then selected to develop data processing applications that take in raw sensor data and turn it into useful information. The Space Enterprise Consortium, run by the U.S. Space Systems Command, handpicked the three companies, SpaceNews further reported.