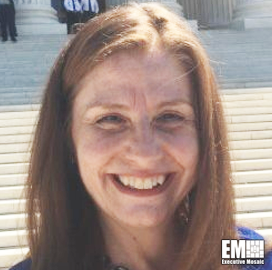 Ur Jaddou, President Joe Biden’s pick as director of the U.S. Citizenship and Immigration Services, has received Senate confirmation to serve in the role.

On July 30, 47 Democratic senators voted in favor of Jaddou, while 34 Republicans opposed her nomination.

The decision did not include the votes of 19 senators, who were not present during the confirmation hearing, Homeland Security Today reported.

Prior to her nomination, Jaddou led the Biden-Harris transition team’s review of the Department of Homeland Security.

Most recently, she worked as director of DHS Watch, which was created by America’s Voice in 2018 with the aim of upholding a “competently administered” and “accountable” immigration system.

Jaddou is an adjunct professor at American University’s Washington College of Law.

Before joining the academic institution, she served as chief counsel for USCIS, a role she held for nearly three years, according to her LinkedIn profile.

Earlier in her career, Jaddou spent two years at the Department of State. From 2012 to 2014, she was deputy assistant secretary for regional, global and functional affairs.

Between 2002 and 2011, the newly confirmed USCIS director worked in Congress. For the first four years, Jaddou worked for Rep. Zoe Lofgren as senior counsel and later worked as majority chief counsel for the House of Representatives immigration subcommittee.

Jaddou holds a bachelor’s degree and a master’s degree in philosophy from Stanford University. She earned her Juris Doctor degree from the University of California at Los Angeles.