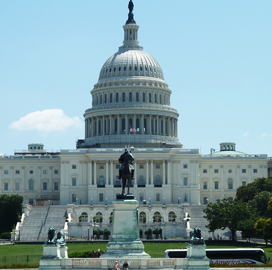 Senators have proposed legislation seeking to establish a dedicated reserve component for the U.S. Space Force.

Sen. Joe Manchin, one of the bill’s proponents, said that it would ensure that reservists can serve as part of an organization that represents their space-based missions.

The military’s reserve component currently has more than 1,000 personnel serving in such missions in the Air National Guard alone, Manchin’s office said Thursday.

Manchin added that a Space National Guard would remove funding barriers between the Air Force and Space Force, in addition to improving mobilization and inspection processes. A similar bill was introduced in the House of Representatives in August 2021.

In April, Department of the Air Force Secretary Frank Kendall, a three-time Wash100 winner, submitted a legislative proposal for an alternative to the Space National Guard.

Kendall wants to give guardians full-time and part-time service options instead of splitting them into active and reserve components.

His plan is in line with the Biden administration’s stance. White House officials have said that the creation of a Space National Guard would bloat costs and not deliver new capabilities, Air Force Times reported.

The White House’s Office of Management and Budget has also said that a Space National Guard would introduce bureaucracy and increase costs by up to $500 million annually, according to Congressional Budget Office estimates.