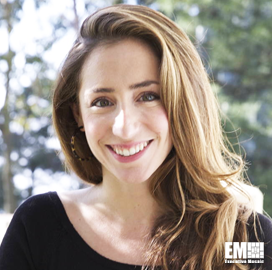 NASA has appointed Shannon Curry as the principal investigator for the Mars Atmosphere and Volatile Evolution mission.

Curry assumed her new role on Aug. 31 after serving as a planetary scientist and deputy assistant director of planetary science at the University of California, Berkeley’s Space Sciences Laboratory.

She replaces the University of Colorado at Boulder’s Burke Jakosky, who served as the mission’s principal investigator for seven years beginning in 2013, when MAVEN was launched, NASA said.

The MAVEN spacecraft entered Mars’ orbit in 2014 and has been making observations of the planet’s atmosphere. Through the mission, scientists have been able to understand the history of the Martian climate and atmosphere.

Among others, scientists have found out that the solar wind and radiation are responsible for stripping Mars’ atmosphere, transforming the planet from one that could have supported life billions of years ago into a “frigid desert world.”

Meanwhile, with new leadership, Curry has started outlining the mission’s next chapter. According to the principal investigator, one of the biggest goals of the mission is to study the Martian atmosphere “under extreme conditions.”

Curry is not new to the Martian mission. She joined the MAVEN science team in 2013 after earning her doctorate degree in planetary physics from the University of Michigan at Ann Arbor.

According to NASA, most of her career has focused on studying Mars, exploring how the Sun and changes in its activity contributed to the deterioration of the Martian atmosphere.

Prior to pursuing her graduate studies, the newly named MAVEN principal investigator worked at Lockheed Martin as a systems engineer.

Now, she manages the MAVEN project out of NASA’s Goddard Space Flight Center in Greenbelt, Maryland.

Meanwhile, the previous principal investigator, Jakosky, will continue to work as a scientist for CU Boulder’s Laboratory for Atmospheric and Space Physics and as a member of the MAVEN science team.