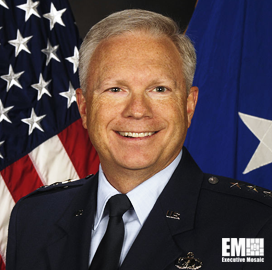 Lt. Gen. John Thompson, commander of the Space and Missile Systems Center, formally retired from service during a July 27 ceremony at Los Angeles Air Force Base in California.

Thompson wrapped up more than 30 years of service, which dates back to 1984 when he was commissioned to the U.S. military through the Air Force Academy.

He spent the last four years as head of SMC, where he was in charge of matters relating to space systems research, design, development, acquisition and sustainment. One of his main priorities was maintaining the Space Force’s GPS satellites and the Space Based Infrared System, C4ISRNET reported.

Thompson’s retirement precedes the upcoming launch of the Space Systems Command, which will assume the responsibilities of the SMC.

SSC is expected to be established in the late summer at the Los Angeles AFB. Once operational, it will oversee the development, acquisition, fielding and sustainment of space capabilities. One of its objectives is to launch and test new satellites and sustain constellations on behalf of the Space Force.