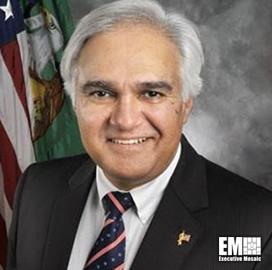 Sanjeev “Sonny” Bhagowalia has been appointed as the U.S. Customs and Border Protection’s chief information officer.

He formally took over the CIO post in mid-February after serving as a temporary replacement for Phil Landfried who retired in June.

As the CBP’s lead technology executive, he will be tasked with repaying the $15 million loan CBP took from the Technology Modernization Fund in July to upgrade its Automated Commercial Environment collections platform, Federal News Network reported.

He will also be central to CBP’s cloud migration efforts. As part of its IT modernization strategy, the agency plans to move over 180 applications to the cloud by 2025.

The appointment marks the fifth time that Bhagowalia has been selected as CIO in the federal and state sectors.

According to his LinkedIn profile, he served as CIO and deputy assistant secretary for information systems for the Department of the Treasury from October 2014 to September 2017. For three years, he was in charge of the department’s information technology strategy. He was also responsible for IT investment management and key enterprise transformation initiatives.

Bhagowalia held the CIO role at the Department of the Interior between December 2008 and May 2010. He also had a brief stint as CIO of the Bureau of Indian Affairs within the Interior Department.

At the state level, Bhagowalia served as CIO for Hawaii. During his tenure of almost three years, he established a fully integrated Security Operations Center and a Computer Security Incident Response Center. He also led efforts to provide 4G LTE access and developed performance dashboards to openly report on departmental activity, funding and spending.