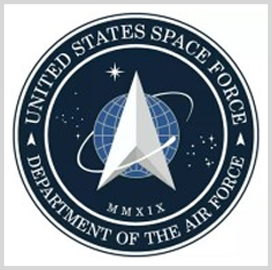 The Space Force is working with the Air Force to deploy small radar satellites that will serve as ground moving target indicators.

The GMTI project has been ongoing since 2018 under the leadership of the Air Force Rapid Capabilities Office.

While it was initially kept under wraps, the project is now being discussed more openly to encourage participation from the commercial space industry, SpaceNews reported.

Lt. Gen. John Thompson, commander of the Space and Missile Systems Center, said at a recent Mitchell Institute event that the project allows the government to take advantage of privately funded technologies.

During his appearance at the McAleese & Associates annual defense conference, Raymond revealed that the Space Force and the Air Force are already in the process of developing concepts for deploying GMTI satellites.

The radar satellites are expected to offer the same capabilities provided by the Joint Surveillance Target Attack Radar System, an aircraft that the Air Force uses to track surface targets from standoff distances.

But unlike JSTARS, which is vulnerable to enemy air-defense missiles when flying over combat zones, the GMTI satellites will be able to safely monitor moving objects on the ground from up in space.

According to Raymond, the goal is for GMTI satellites to accomplish what JSTARS does without being tied to an airplane in a contested environment.

A Space Force spokesperson said the GMTI project was launched with the idea of deploying a new system to replace JSTARS.

It seems, however, that the aircraft would not be retired anytime soon as the Air Force awarded a JSTARS modification and sustainment contract to Northrop Grumman in January.