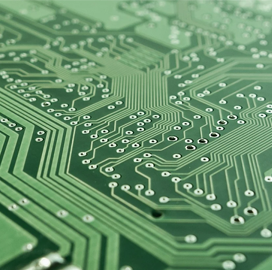 Advancements in computing technology are allowing small satellites to move larger amounts of data across the globe, according to the U.S. Space Force’s chief of space operations.

Raymond said the military wants to take advantage of advanced space microelectronics to build out a proliferated low-Earth orbit architecture.

The majority of the military’s satellites are in geosynchronous orbit, moving in line with the Earth’s rotation to ensure they provide persistence, the general said.

He said that remote-sensing constellations in LEO will enable the delivery of data at high speeds for analysis on the ground using artificial intelligence.

The proliferated LEO architecture is not intended to replace the Department of Defense’s existing satellites in geosynchronous orbit, Raymond said. The LEO satellites will only provide additional capabilities at lower costs.

During the conference, Raymond also raised concerns regarding the increasing activity in the commercial space sector.

He warned that the commercial sector is creating congestion and making it difficult for the national security community to distinguish harmless activities from hostile ones.