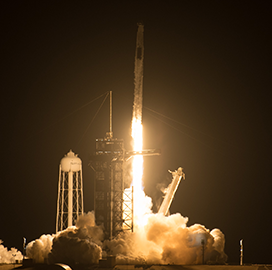 The launch of the first-ever all-private crewed mission to the International Space Station, Ax-1, will not push through on its original March 30 schedule, according to Axiom Space, the company funding the mission. Instead, the company and its launch service provider, SpaceX, is targeting a flight “no earlier than April 3,” Space .com reported Saturday.

In a statement, Axion Space said that the new targeted launch date will allow teams to complete final spacecraft processing ahead of the mission. Prelaunch activities are progressing, including the Ax-1 crew’s completion of a test drive aboard SpaceX’s Dragon spacecraft, which will take them to and from the ISS, the company added.

Ax-1 will launch from the Kennedy Space Center in Florida and will see four private sector astronauts spending 10 days in orbit, including eight days living and working aboard the orbiting laboratory. The crew will consist of Michael Lopez-Alegria, Larry Connor, Mark Pathy and Eytan Stibbe, all either executives or investors in Axiom Space.

Meanwhile, Crew-4, a National Aeronautics and Space Administration mission whose launch has been contracted out to SpaceX, is also undergoing delays. The mission was originally scheduled to get off the ground on April 15.

NASA said it has reset Crew-4’s launch schedule to “no earlier than April 19.” The rescheduling will allow ample time to conduct “post-flight data reviews between human spaceflight missions and to allow for multiple consecutive launch attempts based on the orbital mechanics for arrival to the space station,” the space agency said in a statement.

Like the Ax-1 mission, NASA’s Crew-4 mission will also employ both SpaceX’s Dragon capsule and Falcon 9 rocket. Crew-4 will be the fourth full-fledged contracted astronaut mission that SpaceX carries out for NASA.