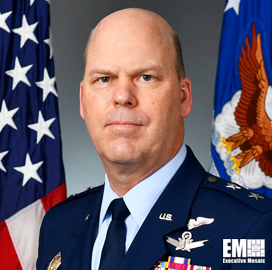 The U.S. Senate has confirmed Maj. Gen. Stephen Davis as inspector general of the Department of the Air Force. He was also promoted to a three-star general.

Davis will be the Air Force’s top investigator and will help the department look at several key issues.

President Joe Biden nominated Davis as the Air Force IG on Dec. 15. His nomination was reportedly released by the Senate Armed Services Committee on Feb. 1, and it was followed by confirmation through unanimous consent by the whole Senate, Air Force Magazine reported Thursday.

The new Air Force IG started his career with the military branch as a missileer who oversaw intercontinental ballistic missiles. He then handled other leadership roles at the Air Force Space Command, the Air Staff, the U.S. Strategic Command, the Joint Chiefs of Staff and the National Nuclear Security Administration.

He was the director of global power programs in the Office of the Assistant Secretary for Acquisition, Technology and Logistics. In this leadership role, he oversaw direction, planning and programming for major aircraft programs and the Ground-Based Strategic Deterrent ICBM.

The Air Force Department IG is conducting a series of reviews related to disparities in the workforce movement, particularly when it comes to race and gender equality. The organization also reviewed and released the findings on an erroneous strike in Afghanistan last August that killed 10 civilians.