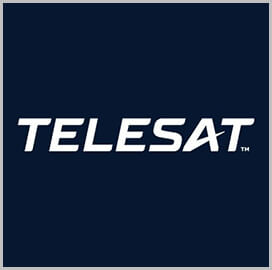 Telesat Government Solutions announced that it has been selected by the National Aeronautics and Space Administration to serve as a partner in its Communications Services Project under a $30.65 million Funded Space Act Agreement. The effort seeks to evaluate commercial satellite communications services to replace those provided by NASA’s aging Tracking and Data Relay Satellite system, Telesat said Tuesday.

In a statement, Ottawa-headquartered Telesat said that the American space agency plans to decommission the government-woned and operated TDRS constellation. NASA’s CSP initiative looks into the feasibility of passing on the constellation’s job to private-sector SATCOM providers.

Under the agreement, the Candian company will demonstrate the space-to-space relay capabilities of its Telesat Lightspeed offering. As part of the initiative, Telesat said it intends to partner with Planet Labs PBC to develop a space-based radio frequency terminal hosted on two Earth observation spacecraft.

Telesat said that it intends to demonstrate Ka-band, high throughput transmission from its satellites, as well as mesh, space relay connectivity between the optically-linked low-Earth orbit satellites, before downlinking data to NASA operation centers.