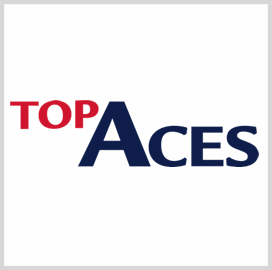 According to Top Aces, the Advanced Aggressor Mission System has an open mission systems architecture that allows airmen to swap in new sensors and other new capabilities as needed. The first F-16 equipped with AAMS flew for the first time on Jan. 19.

The company expects to have 29 former Israeli Air Force F-16s delivered by the end of 2022. Top Aces currently has eight F-16s and expects to receive four more in a few weeks, Air Force Magazine reported.

Top Aces received government approval to bring all 29 F-16 to the U.S. and equip at least half of those with the system.

Top Aces President Russ Quinn said in a press release that the F-16 has the avionics and the power to become the most realistic and cost-effective training solution for pilots who will fly fifth-generation aircraft like the F-22 and the F-35. He shared that AAMS is a plug-and-play system that gives the Air Force the flexibility when it comes to aviation training.

A company spokesperson shared that AAMS is already installed in several A-4 Skyhawks that provide aggressor services to the German Air Force and other European customers.

The system was installed by M7 Aerospace, a San Antonio-based company owned by Elbit Systems of America.