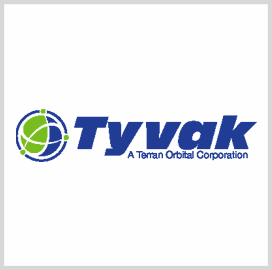 The Air Force Research Laboratory’s Space Vehicles Directorate awarded an $8.4 million contract to Tyvak Nano-Satellite Systems for equipment in support of the Precise flight experiment, which is scheduled for launch in 2024. Under the deal, California-based Tyvak will be providing the AFRL with a spacecraft capable of maneuvering between low Earth orbit and very low Earth orbit for conducting sensor payload measurements, SpaceNews reported Thursday.

Dr. Rachel Hock-Mysliwiec, the experiment’s program manager, said Precise builds on more than 50 years of AFRL investigation into the physics of the upper atmosphere. It will examine ionization processes in the ionosphere, which impacts radio propagation used by warfighters for communications and navigation.

Hock-Mysliwiec said the experiment will use sensitive satellite instruments and radio waves to examine changes in the ionosphere resulting from different compositions of ion source gasses. Insights gleaned from the experiment can be used to mitigate natural ionospheric impacts to warfighter systems such as satellite communications and GPS.

The award to Tyvak was the result of a six-month-long competition, called Space Warfighting Operationally Resilient Demonstrations, that required teams to develop concepts that showed both significant technical merit and military utility.

Tyvak’s parent company Terran Orbital announced in October that it plans to go public via a special-purpose acquisition company merger with the Tailwind Two Acquisition Corporation. The transaction is expected to close in the first quarter of 2022.