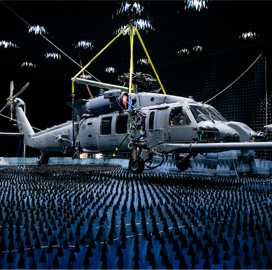 The U.S. Air Force announced that the HH-60W Jolly Green II, a new combat rescue helicopter, has passed the final test in its developmental phase.

Sikorsky, a Lockheed Martin aviation company, helped conduct the final test at Eglin Air Force Base to demonstrate the performance of the aircraft’s weapons systems and optimize their configurations, the Air Force said.

HH-60 test efforts began in May 2019 and the first aircraft arrived at Eglin Air Force Base in November 2019 for testing by the 413th Flight Test Squadron.

The Jolly Green II’s developmental test mission will be handed over to the Combat Search and Rescue Combined Test Force at Nellis Air Force Base in Nevada in 2022.

According to the Air Force, the HH-60W will primarily be used for recovering isolated personnel in hostile environments during war.