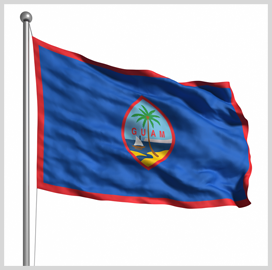 The U.S. Indo-Pacific Command and the Missile Defense Agency are seeking a combined $350 million in additional funding from Congress to strengthen defense capabilities in Guam.

USINDOPACOM stated in its unfunded priority list that its top priority is to develop a ballistic missile system in the U.S. territory. To build the capability, the combatant command is asking $77.2 million in procurement funding and $154.45 million in research, development, test and evaluation funding.

Meanwhile, the MDA is requesting $78.3 million to conduct studies on defense systems and another $40 million to procure long-lead items for the Guam defense capability, Defense News reported.

MDA Director Vice Adm. Jon Hill told lawmakers at a recent Senate Strategic Forces Subcommittee hearing that plans are still being finalized to determine what needs to be done in the buildout in Guam.

Plans for strengthening the U.S. military presence in Guam are not new.

In February, the Department of Defense awarded a $42 million contract to a joint venture between Granite and Obayashi Corporation to build a standoff weapons complex at the island’s northernmost village.

The DOD also spent $365 million in 2020 to support the planned relocation of almost 5,000 Marines from Okinawa, Japan, to Camp Blaz, a new base in the village of Dededo in Guam.