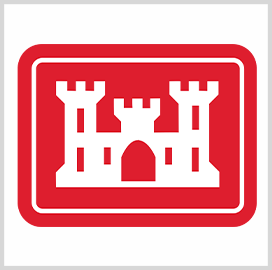 The U.S. Army Corps of Engineers announced that one of its teams has acquired two sets of gloves that allow its wearer to manipulate objects in virtual reality.

The Augmented Reality/VR One Team within the Engineer Research and Development Center‘s Information Technology Laboratory acquired the systems after recognizing a need for a virtual training capability for tasks that involve small objects, USACE said Tuesday.

The acquisition followed ITL’s development of the Dynamic Immersive Virtual Environment, a facility for testing military-use VR and AR equipment.

Jennerpher Bryner, an ITL computer scientist, said that the construction of DIVE revealed a need for USACE to adopt “groundbreaking software and hardware” to be competitive in the research and development of extended reality systems.

ITL developers now have access to gloves that use skin displacement techniques to simulate the feeling of touch, a capability that USACE says “offers unlimited possibilities for future research efforts.”

Bryner added that ITL plans to eventually foray into the development of full exoskeletons and other VR technologies.

“The technology has already changed the way we work and learn, and it will now be used to aid the ERDC mission,” Bryner added.

ERDC’s mission encompasses civil and military challenges in engineering, geospatial sciences, water resources and environmental sciences, according to its website.