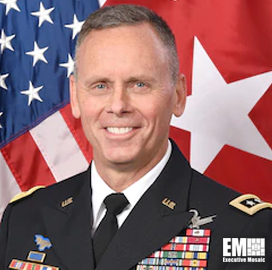 The U.S. Army will transfer staff and technology to the U.S. Space Force without having to deal with gaps or lapses in capabilities, according to Lt. Gen. Daniel Kabler, the commanding general of the U.S. Army Space and Missile Defense Command.

Kabler noted that when space assets and capabilities within the Army go to the USSF, officials expect that they would stay the same.

The USASMDC chief’s comments come as the Army continues to work with the Space Force in figuring out how the two services will share resources and operate together in space.

The Army’s Satellite Operations Brigade is one of the units that will move to the Space Force, according to Kabler. The unit is tasked with operating communication satellites used by the military.

The transfer to the USSF will be gradual after Oct. 1, which marks the first day of fiscal year 2022.

Most of the changes will involve matters in who gets the money in their budget for a capability. The changes will also tackle which service will be responsible for particular programs.

Previously, military strategists and members of Congress debated how the newest service will fit into the current structure of military organizations.

Some members of congressional defense committees are largely supportive of launching the Space Force. However, some are questioning how space operations will be shared as both services operate.