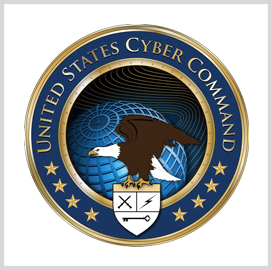 During the inaugural event, USCYBERCOM Commander Gen. Paul Nakasone said he hopes to continue growing the network to the point where its participants move on from dialogue to developing real solutions. He said that AEN serves as a “common ground for a shared dialogue, not just CYBERCOM’s arena.”

Nakasone highlighted USCYBERCOM’s strategy of “persistent engagement,” which involves maintaining a proactive stance against adversaries and always being in constant contact.

He said that the strategy will work best with partnerships, noting that USCYBERCOM’s workforce might not always have the numbers needed to respond to challenging problems.

USCYBERCOM hopes to rely on its network of partners during times when its bandwidth is stretched out by its “persistent engagement” strategy, Nakasone said.

“It’s only through these partnerships and collaboration that we continue to make it increasingly difficult for our adversaries to operate,” he added.

Other federal organizations, including the Department of Homeland Security, are also facing challenges in hiring and retaining competent cybersecurity talent.