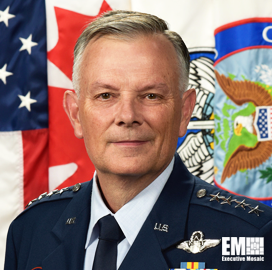 The head of the U.S. Northern Command has requested $79.8 million for the commands’ unfunded priority list, which contains items that did not make the cut for the Department of Defense’s annual budget request.

According to Gen. Glen VanHerck’s request, USNORTHCOM and the North American Aerospace Defense Command would use the funding to finance experiments on ground-based terminals that can connect with multiple commercial satellite constellations, C4ISRNET reported Thursday.

VanHerck said he wants to take advantage of the broadband capabilities of services such as SpaceX’s Starlink constellation, which was designed to enable internet connectivity anywhere on Earth.

The company plans to launch more than a hundred additional Starlink satellites within the summer, according to the unfunded priority list.

In early May, the Air Force Research Laboratory selected OneWeb to demonstrate managed satellite communications services in the Arctic region.

Under the terms of a contract, OneWeb will allow prime contractor Hughes Network Systems to test and implement end-to-end services on its system between USNORTHCOM sites.

OneWeb said its network currently has 182 operational satellites with more on track for launch within 2021. The company expects to enable secure communications coverage to the 15th parallel North and above by the end of the year.