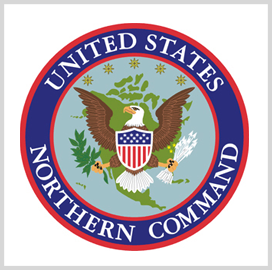 Prototyping and testing of various artificial intelligence tools designed for the Joint All Domain Command and Control effort are ongoing within the U.S. Northern Command, according to officials.

In an interview with Breaking Defense, the officials said that AI technology will pull together different types of data to provide commanders with a clear picture of the battlefield. Situational awareness, powered by AI, will enable commanders to make good and fast decisions, the officials noted.

The prototype projects are financially and contractually supported by the Department of Defense, including the Joint Artificial Intelligence Center’s Project Maven, Breaking Defense reported.

Col. Matt Strohmeyer, the USNORTHCOM J8 JADC2 development lead, announced that the command will lead a virtual exercise from March 18 to 23 to test three so-called decision aids, which will accelerate the ability of commanders to act.

The command’s ultimate goal is to transition the technology to the military services to integrate them into acquisition programs supporting the JADC2 implementation, as well as the Joint Warfighting Strategy.

The upcoming exercise is the second in a planned series of GIDE events.

The first exercise was conducted in December 2020, in coordination with the U.S. Southern Command, Indo-Pacific Command, Transportation Command, Strategic Command and the Office of the Undersecretary of Defense for Intelligence and Security, according to a spokesperson for USNORTHCOM.