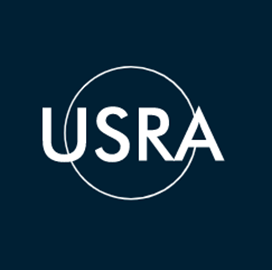 The Universities Space Research Association, a nonprofit corporation, has partnered with the Air Force to support scientific and technical research at seven universities.

The University Consortium Research Opportunity workforce development program is a collaboration among USRA, the U.S. Space Force and the Air Force Research Laboratory.

The research topics include the optimization of rocket cargo delivery, on-orbit and on-site rocket repair, quantum sensing and the use of machine learning for ground-based remote sensing of space objects.

Bernard Seery, USRA senior vice president for technology research and development, said that the research supported by UCRO will increase the scientific and technical expertise of USSF and AFRL. The program will also give a diverse group of students and researchers a better appreciation of the STEM career opportunities in both agencies, Seery said.

USRA added that the management of the program will benefit from the association’s experience in STEM education and the administration of other educational programs.

UCRO will “encourage interest in USSF and AFRL among the next generation of STEM professionals,” said Amanda Smith Hackler, USRA’s director of education.