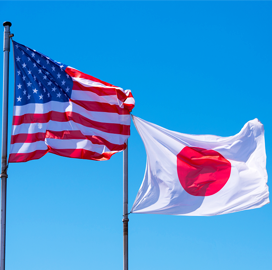 USSPACECOM and Japan signed the agreement on April 1 to increase collaboration on space security.

The new deal is the latest demonstration of partnership between the U.S. and the East Asian country, which previously worked together under space situational data sharing agreements, missile warning data sharing and through multinational space developments, SpaceNews reported.

Stable use of space cannot be secured unilaterally, according to Maj. Gen. Yajima Masahito, head of the air staff at the JASDF headquarters.

Therefore, it is vital for Japan to cooperate with the U.S. and other partners at all stages, from peacetime to armed contingencies, Masahito noted.

U.S. Navy Rear Adm. Michael Bernacchi, director of strategy, plans and policy at the USSPACECOM, also commented on the recent agreement, saying that the new arrangement codifies the U.S.-Japan relationship as a Japanese liaison officer will directly be involved in U.S.-led space operations.

Among the recent space agreements between the U.S. and Japan is the launch of two U.S. payloads on Japan’s Quasi-Zenith satellite system, a constellation being used for regional navigation. The agreement was signed in December 2020 by the U.S. Space Force and Japan’s Office of National Space Policy.

As part of the partnership, the USSF’s Space and Missile Systems Center is developing two optical sensor payloads. The systems are expected to launch from Japan’s Tanegashima Space Center in 2023 and 2024.