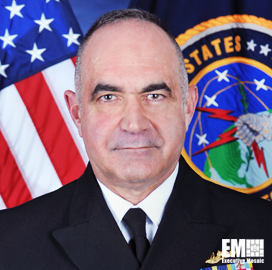 Adm. Charles Richard, commander of the U.S. Strategic Command, has expressed confidence in the cyber resilience of the country’s nuclear command, control and communications network, which links the president to commanders of nuclear forces.

Speaking before members of the Senate Armed Services Committee, Richard said the NC3 network exists in relative isolation and has tremendous redundancy.

Richard added that USSTRATCOM is already working on incorporating cybersecurity into NC3 systems that are still under development, Breaking Defense reported Tuesday.

The effort covers radios and terminals incorporated across 62 different systems, including those used in nuclear submarines, the E-4B Doomsday plane and the Boeing B-52 Stratofortress. It ties in budget and acquisition lifecycle processes, demonstrations, experiments, tests, policy revisions and the use of critical technology enablers to ensure proper upgrades.

USSTRATCOM officials are prioritizing cyber resilience as part of NC3 Next as opposed to considering that aspect as an afterthought.

According to Richard, the upgrade is his way of ensuring confidence in the future of the NC3 network.

“I have to get it out of legacy modes of operation in order to pace this threat going in the future,” he said.

Richard noted, however, that there is a limit to modernizing older systems, especially in terms of reinforcing their cybersecurity.

For example, he said it is not feasible to extend the life of outdated weapon systems that were built before the invention of the internet, making it more practical to procure new systems instead.