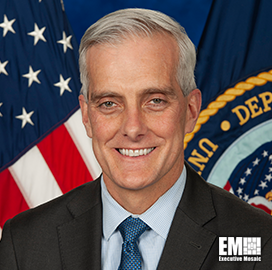 The Department of Veterans Affairs will implement governance and management changes to address issues affecting its electronic health records program.

Speaking at a July 14 Senate hearing, VA Secretary Denis McDonough announced that future EHR rollouts will no longer be simply based on time and location. Instead, he said the agency will follow an evidence-based readiness schedule, GovernmentCIO Media & Research reported Thursday.

Additionally, the VA will create a fully simulated testing and training environment that will let veterans and providers evaluate and familiarize themselves with the system in the lead-up to the implementation of the EHR in their respective locations.

VA Deputy Inspector General David Case told lawmakers during the hearing that an enterprise-wide governance structure will be established as well to facilitate collaboration between stakeholders, including clinical, technical, acquisition and finance leaders, on how to improve the system.

With these proposed changes, McDonough is optimistic that the VA will be able to deliver an EHR system that improves veteran outcomes and provider experience.

The need for improvements on the new EHR system was highlighted after challenges arose at the first go-live site in Spokane, Washington. Reported problems ranged from incomplete data migration to prescription delays or errors, and internal communication inconsistencies.

McDonough decided to stop the rollout of the EHR system indefinitely in March to make way for a 12-week strategic review, which concluded in June.