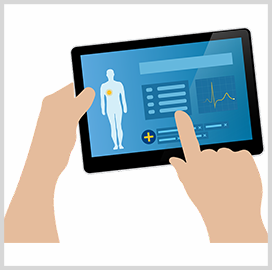 VA to Proceed With EHR System Rollout Despite IG Concerns

The Department of Veterans Affairs will push ahead with the deployment of its Cerner electronic health record software at Veterans Health Administration facilities in Washington state and Ohio despite issues highlighted by the VA inspector general.

According to three reports issued by the IG office, the VA’s $21 billion EHR modernization effort has flaws in medication ordering, appointment scheduling and reminders, referrals and care coordination. The IG also noted that there are increasing risks for VA’s patient population.

The reports also pointed to weaknesses in the help desk services provided under the contract, which lead to clinicians having to develop error-prone workarounds, FCW reported.

The OIG issued a series of recommendations to support the rollout but did not call for a pause on future deployments. Deputy VA Secretary Donald Remy said substantiated and unresolved findings would be addressed between the end of March and May 10.

Rep. Cathy McMorris Rodgers has been calling for a pause on the Walla Walla EHR deployment since February. According to her spokesperson Kyle VonEnde, McMorris Rodgers is concerned with numerous issues plaguing the EHR, and she wants the rollout to be paused until those issues are resolved.

Rep. Frank Mrvan, who chairs a House Veterans Affairs Committee panel on the EHR deployment, said the OIG reports coincide with the issues that staff at the Mann-Grandstaff VAMC shared with him. He announced a subcommittee roundtable for April 5 to allow clinicians and leaders from Jonathan M. Wainwright Memorial VA Medical Center and the VA Central Ohio Healthcare System to share their thoughts.

A hearing will also be held on April 26 to focus on the OIG reports.