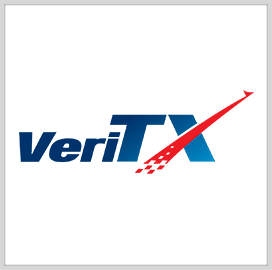 VeriTX Corp. announced that the U.S. Air Force has awarded the company a contract valued at $2 million to create a secure digital fabric for existing and new critical applications used in the service’s logistics enterprise. The New York-based company said the solution being procured is intended to increase the Air Force’s ability to defend digital supply chains against adversarial aggression.

VeriTX CEO James Regenor, a retired USAF colonel, said his company was selected as the prime contractor to implement a layered approach to data security, protecting critical supply chains and increasing readiness for the Air Force. He said one of the tenets of the USAF’s current strategy is operating in a “Logistics Under Attack” environment.

Regenor said that VeriTX looks forward to participating in current efforts within the Air and Space Forces to bring a higher level of data security to common data fabrics across core mission sets in the near term. The same solutions are also being made available for commercial applications to companies seeking to protect their intellectual property, VeriTX said Tuesday.

Recently, VeriTX presented a plan for a digital supply chain for aircraft parts using the Algorand blockchain technology. The company’s digital marketplace allows customers such as the Department of Defense and commercial airlines to save significant time and money in manufacturing aircraft parts as well as to gain valuable economic and logistical data that can be used to maximize efficiency.