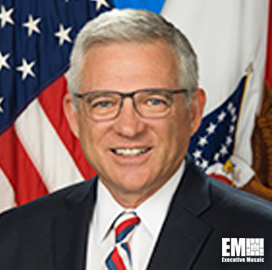 Richard Stone, acting undersecretary of the Veterans Health Administration, will step down from his post in mid-July.

Stone will wrap up a four-year stint with the Department of Veterans Affairs, during which he held the roles of principal deputy undersecretary for health and executive in charge at the VHA.

The VA said in an announcement that his replacement has yet to be confirmed by the Senate, FedScoop reported Thursday.

As one of the leaders of the VA, Stone led the agency’s response to the COVID-19 crisis.

In a statement, VA Secretary Denis McDonough commended him for reassuring veterans and families at the onset of the pandemic.

Stone is also a key figure in the agency’s bid to adopt a modernized electronic health record system, whose deployment has been put on hold because of a 12-way strategic review.

Outside of the VA, Stone had a brief stint between 2017 and 2018 as vice president for military health at Booz Allen Hamilton.

He is also the former deputy surgeon general of the Army and deputy commanding general of support for the Army Medical Command.

In addition, he worked for multiple non-profit regional health care systems and owned multiple businesses over his career.