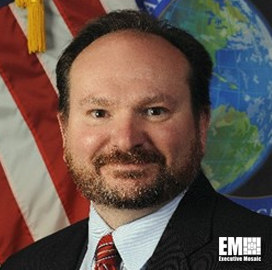 After two decades of federal service and more than a year as chief technology officer at the National Geospatial-Intelligence Agency, Mark Munsell will retire on Nov. 9.

Munsell took on the CTO position in February 2019 and spearheaded the design of the agency’s first technology strategy. He also helped establish the organization’s geospatial technology ecosystem at the secondary headquarters in St. Louis.

During his tenure, he supported the hiring of talented technologists from the government or private to join NGA. The agency requires technical expertise that can understand future missions and the development of GEOINT, he said.

“NGA is the world’s leader in geospatial intelligence because of the passion held by our people to deliver timely and relevant information to members of the national security apparatus, policymakers, and international partners,” Munsell stated in his technology strategy.

Prior to the role, Munsell served in the organization as deputy director for CIO and IT Service Directorate and as director for the Office of Targeting and Transnational Issues in Analysis Directorate.

He started his government career in 1990 at the National Oceanic and Atmospheric Administration in Norfolk, Virginia, serving in different roles as a photogrammetrist, a cartographer and a surveyor. He was transferred in 1993 to NOAA headquarters to work on various systems developments.

In 2006, he returned to federal service working for NGA’s eGEOINT office, where he advocated web services and the adoption of service-oriented architecture throughout the agency.

Munsell graduated from Southeast Missouri State University with a degree in geography and a minor in aerospace studies.