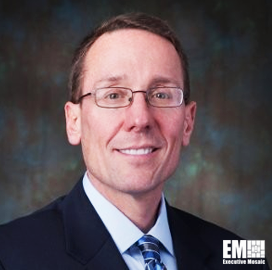 Stapp is now responsible for helping the company make the most of its existing technologies and identifying new solutions for customers.

The executive will also have a key role in developing the company's technical talent, Northrop said.

Stapp most recently served as Northrop's vice president of space resiliency and rapid prototyping, tasked to head the development and fielding of resilient space systems.

In the said role, he worked alongside the company's advanced systems and engineering and global product development teams.

He joined Northrop in 2014 as VP of applied research and technology development within the company's aerospace systems division. His unit worked on manned and unmanned aircraft, space systems, and advanced national security technologies.

Prior to joining Northrop, Stapp was director of special programs at the Office of the Secretary of Defense. He supported the office in the governance, acquisition oversight, protection and external liaison of the Department of Defense Special Access Programs.

He also served as principal staff assistant and adviser to the undersecretary of defense for acquisition and sustainment, among other liaison roles.