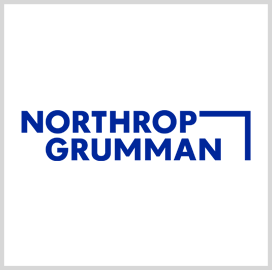 Northrop Grumman has secured a potential $2.3 billion contract with the U.S. Air Force to conduct maintenance on the Minuteman III missile system.

The sole-source contract requires Northrop Grumman to identify aging mechanisms and anomalous behavior on Minuteman III. The aerospace company will also be tasked with ensuring that all modifications done to the weapon system will maintain or improve its performance, UPI reported Wednesday.

According to the contract announcement posted on the Department of Defense website, the billion-dollar deal covers hardware and software maintenance, replenishment, repair and refurbishment services, as well as materials and subcomponent analysis and testing.

The bulk of the contract work will be carried out in Corrine and Magna, Utah, through Nov. 5, 2040.

The Air Force Nuclear Weapons Center has already obligated $10.7 million at the time of award.

Known as the LGM-30, the Minuteman III is a U.S. land-based intercontinental ballistic missile in service with the Air Force Global Strike Command. It has been in operation since 1970, with its predecessors, Minuteman I and II, entering service in 1962.

Despite efforts to maintain Minuteman III, the head of the U.S. Strategic Command has called for the retirement of the aging weapon system.

According to USSTRATCOM Commander Adm. Charles Richard, it is not practical to extend the life of Minuteman III as it is way past the point of being cost effective.

The Air Force has begun building a replacement missile system for Minuteman III, dubbed the Ground Based Strategic Deterrent, with Northrop Grumman as its prime contractor.

The company has just completed an integrated baseline review for the GBSD engineering and manufacturing development program, which puts the new missile system on track for initial operational capability by 2029.