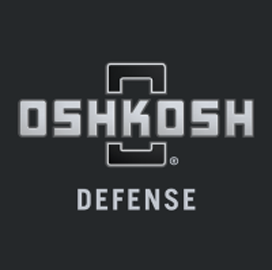 Oshkosh Defense has secured a $911M contract to supply Joint Light Tactical Vehicles to the Army, Navy, Marine Corps and Air Force, together with a select group of NATO and non-NATO allies.Â

Meant for the future battlefield with advanced features that address the requirements of the warfighterâ€™s changing mission conditions, the JLTV provides protection, off-road mobility, network capability and additional firepower.Â

â€śDesigning, building, and delivering the worldâ€™s most capable light tactical vehicle, the Oshkosh JLTV, is one of our greatest accomplishments. And we plan to continue building the Oshkosh JLTV for many years to come,â€ť said George Mansfield, the company vice president and general manager for joint programs.Â

The JLTV order is the second largest for the Wisconsin-based defense contractor. Included in the deal are 59 vehicles for shipment to NATO and non-NATO allies such as Lithuania, North Macedonia and Brazil.Â

In February, the company received a $407.3M order to provide the JLTV to the Army, Marine Corps and two foreign military sales customers. The transaction included 1.2K vehicles and associated equipment to support Army and Marine Corps missions, as well as the governments of Lithuania and Slovenia.Â

Mansfield said the vehicle works to integrate with more than 100 mission-specific package configurations. He added that the company works with the JLTV joint program office to make sure the platform's capacity to defend against sophisticated adversaries.

Founded in 1917, Oshkosh Defense is a subsidiary of Oshkosh Corporation engaged in the development, manufacture and sustainment of military vehicles and mobility systems.Â