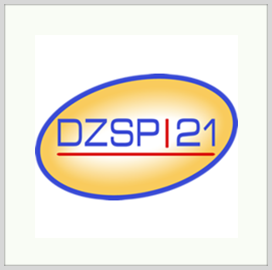 A joint venture between PAE and Parsons has received a potential $545.3M contract to support the Navy and Air Force base operations in Guam.

Jim Sands, vice president of infrastructure and logistics and DZSP 21 management committee delegate, said the PAE-Parsons tandem has been performing facilities and operations management since 2005. The contract indicates that the Navy continues to acknowledge the team’s support in the Joint Region Marianas program.

“Our capable team is proud to continue its legacy of delivering exceptional service to military personnel on Guam and throughout the Marianas,” he said.

Chris Alexander, executive vice president for the engineered systems market at Parsons, said supporting the nation’s warfighters across the Pacific region is vital to current missions that the military agencies undertake. “We are proud to work with PAE in setting the standard for joint base operations support excellence,” he said.

DZSP 21 specializes in maintaining customer relationships by delivering advanced and consistent services. The organization is committed to enhancing the military site in Guam with responsive and transparent activities.

The contract will allow the JV to oversee the location, along with the port operations and facilities, transport and equipment. The U.S. Army National Guard, Department of Defense, Defense Commissary Agency, Department of Veterans Affairs and Navy have financed work by the end of the current fiscal year.

The agreement may go beyond the initial mobilization and 12-month base period with six 12-month option deadlines. Work will be followed by a three-month demobilization and a six-month services extension period until April 2028.

PAE is a defense and government services contractor headquartered in Falls Church, Virginia, while Parsons is a technology service provider for the government and defense markets based in Centreville, Virginia.