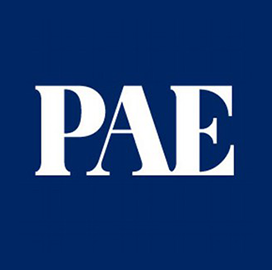 The Air Force has awarded PAE a potential $158M contract to manage aircraft and equipment maintenance in support of the 96th Test Wing missions at Eglin Air Force Base, Florida.

“PAE is proud and honored to remain on the Eglin Team and to continue its partnership with the USAF in maintaining safe and ready aircraft," said Mike Frazier, vice president of PAE's global mission services division.

Under the terms of the contract, PAE will provide the personnel, equipment, logistics and technical support needed to repair, maintain and modify F-15 and F-16 fighter jets, among other aircraft.

Frazier said the contract win "is a result of the skill, knowledge and ability of the professional workforce and program leadership."

PAE is a publicly traded defense and government services contractor headquartered in Arlington, Virginia. The company said it is most prominently known as a major contractor of the Department of State.