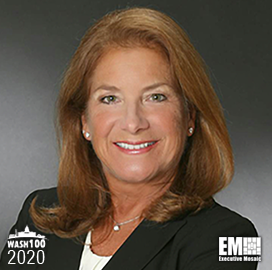 Parsons Elects Letitia Long Into Board of Directors

Parsons, a defense technology company, has appointed defense 2020 Wash100 winner Letitia Long into its board of directors. She brings into the position over nearly four decades of experience in major defense roles in federal agencies.

She most recently served as the director of the National Geospatial-Intelligence Agency, where she is credited with facilitating the adoption of open-source software development and the delivery of critical information to first responders during natural disasters.

Parsons CEO Chuck Harrington, a 2020 Wash100 awardee, said he is eager to have Long contribute to the company's business with the Intelligence Community.

In 2011, the Armed Forces Communications and Electronics Association granted her the Charlie Allen Award for Distinguished Intelligence Service. Long has also been recognized by the governments of Norway, France and Poland.