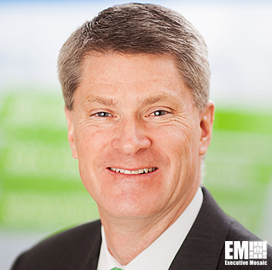 Patrick Regan is the president and CEO of Data Networks, an information technology company that helps enterprises simplify their IT infrastructure and challenges.

Regan is credited with transforming Data Networks from a traditional value-added reseller to a technology solution provider focused on education, government and enterprise commercial customers, according to his LinkedIn profile.

He joined the company in July 1989 as vice president of finance and operations, later taking on his current roles in December 1999.

Under Regan’s leadership, Data Networks grew from a small operation to a perennial CRN Tech Elite 250 selection and one of the Baltimore Business Journal’s largest IT consulting firms.

Regan has more than three decades of experience in nearly all aspects of business management and process in the IT field. He served as a commercial loan officer for two years at C&S National Bank.

Regan earned a master of business administration degree in management information systems from Loyola University Maryland and a bachelor’s degree in finance from the University of Virginia.

He also holds various industry-specific certifications in the areas of project management and networking from technology leaders such as Dell, EMC, Microsoft and VMWare.