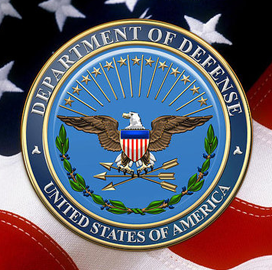 The Pentagon wants industry input on technology development related to augmented reality/virtual reality testbeds, networks, and applications at Joint Base Lewis-McChord in Washington state. The request for prototype proposals is the third of four planned RFPs relating to 5G technology development.

Joseph Dyer, chief strategy officer of the National Spectrum Consortium, called on NSC members to collaborate and respond to the RPPs to support innovation and ensure that the U.S. remains a global technology leader on 5G, MeriTalk reported Wednesday.

The Department of Defense previously issued two 5G Smart Warehouse RPPs for technology development at the Marine Corps Logistics Base in Albany, Georgia and Naval Base San Diego. The fourth planned RPP will deal with dynamic spectrum sharing.

Proposals are due April 30.