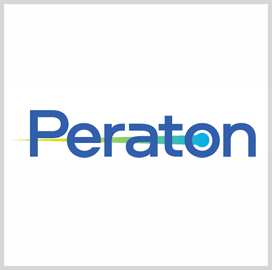 He will report to Mara Motherway, Peraton’s senior VP for government and customers relations and a member of the Potomac Officers Club.

Cooper is currently a non-resident senior fellow at the Atlantic Council. He previously served as an agent with the Charles F. Bolden Group, providing leadership in space and aerospace exploration, national security and technology.

Peraton also appointed Joe DeVooght as VP for federal congressional affairs. He will be in charge of the company’s legislative affairs strategies.

DeVooght will focus on expanding the company’s engagements with members of Congress and keys staffers.

He most recently served as senior director of government relations at Honeywell. For 17 years prior, DeVooght held a variety of staff leadership roles with Rep. Pete Visclosky in the House of Representatives.

DeVooght also served as the associate staffer for the chairman of the Defense Appropriations Subcommittee.