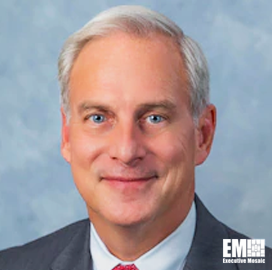 Knight has been taking on the role of acting deputy commander since January. He also has been holding the position of chief of staff since July 2006, the agency said Tuesday.

“Perry’s commitment to this organization, our workforce, our mission and our warfighter is evident in all that he does and who he is as a former Army officer, senior leader and human being,” he said.

In a statement, DLA said Knight’s previous assignments include those at the Joint Chiefs of Staff at the Pentagon, as director for logistics operations with U.S. Forces Command at Fort McPherson, Georgia, multiple commanding officer positions in Germany and Georgia, and as a brigade operations officer in Rotterdam, the Netherlands.

Knight is authorized to wear both the JCS and DA identification badges.

His military training includes the Officer Basic and Advanced Courses and those from the U.S. Army Command and General Staff College and U.S. Army War College.

Knight was commissioned as a second lieutenant in the Army after graduating from the Virginia Military Institute.

He earned his bachelor’s degree in English with a minor in economics, and he holds a master’s degree in strategic studies.