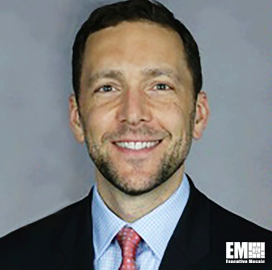 Peter Selfridge currently works for software company SAP as a senior vice president and the head of global public policy and government affairs.

Selfridge was appointed to the role in January 2017 and has since been in charge of the company’s policy and public affairs organization, according to his LinkedIn profile.

His responsibilities include developing and implementing strategies to further digital transformations across the federal government. Part of his job is to promote the value of digital technologies in addressing economic and societal challenges around the world.

He joined SAP following a nearly three-year stint at the Department of State as chief of protocol of the U.S. In that role, he served as the president’s principal liaison with the foreign diplomatic community in the U.S., facilitating high-level diplomatic exchanges and managing visits by foreign dignitaries.

Prior to that, he had a five-year stint at the White House under the Obama administration. One of his roles was serving as head of delegation and lead negotiator with foreign governments and federal, state and local agencies in the planning and execution of presidential visits. At one point, he was also tasked with developing advanced operations in the Office of the Vice President.

Selfridge graduated from the University of Iowa with a bachelor’s degree in political science. He also holds a master’s degree in public policy and international relations from Johns Hopkins University.

Posted on December 14, 2021 by Adrian Rosenberg