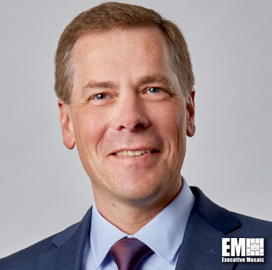 Before he assumed his current role in November 2018, Jasper served as Rockwell Collins' executive vice president and chief operating officer of government systems.

He is a member of United Way of East Central Iowa's board of trustees, the Cedar Rapid city manager's business advisory council and Iowa State University's College of Engineering industrial advisory council.

Posted on September 8, 2020 by Robert Johnson