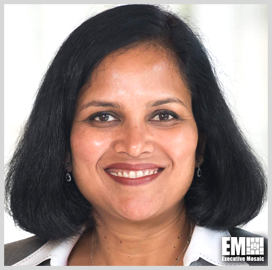 Hewlett Packard Enterprise has officially appointed Rashmi Kumar as chief information officer after three months of holding the position on an interim basis.

Since assuming the role in January, Kumar has been responsible for building capabilities to ensure HPE’s longevity in the industry. While serving as interim CIO, Kumar strengthened her leadership bench, facilitated the company’s compliance with a model designed to deliver optimum performance and promoted a winning strategy necessary for best-in-class support and improved business partnerships, HPE announced.

The appointment cements Kumar’s leadership position in the company, where she also serves as the executive sponsor for several HPE employee resource groups, on top of advocating for diversity and equity in the workplace as a board member of HPE’s Inclusion and Diversity Steering Committee.

According to her LinkedIn profile, Kumar joined HPE after a four-year tenure at McKesson, holding the positions of senior vice president and CIO for the company’s U.S. pharmaceutical business and VP of IT.

Previously, she also worked for over three years at Alvarez and Marsal, a management and consulting firm based in New York. During her time as a senior director at Alvarez and Marsal, she headed the project delivery for four major accounts across utility, logistics supply chain, entertainment and healthcare insurance industries.