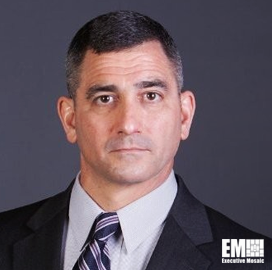 Coia is responsible for programs such as those for amphibious combat vehicles, amphibious reconnaissance vehicles and assault amphibious vehicles, according to his LinkedIn profile.

Coia is a retired Marine Corps colonel and combat veteran with broad command and staff experience at all levels within multiple organizations and accomplishments in the defense and homeland security industries.

He served as the director of strategy, operations and plans for the Marine Corps Combat Development Command; chief of staff at the II Marine Expeditionary Force; and commanding officer for the 2nd Reconnaissance Battalion of the 2nd Marine Division.

Before he joined BAE in May 2014, Coia served as the director of TechOp Solutions' national operations center media monitoring capability.

He led an open-source information center that supported the Department of Homeland Security and other customers in the national government.

Coia earned a bachelor's degree in accounting from the University of Dayton and a master's degree in military science from Marine Corps Command and Staff College. He was also a fellow of national security studies at the Massachusetts Institute of Technology.