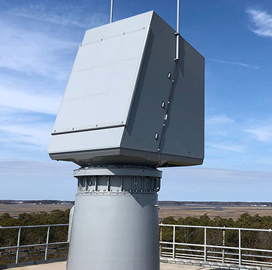 Raytheon Missiles and Defense is continuing to work with the U.S. Navy to add new functions to its SPY-6 radar. Raytheon wants SPY-6 to enable a distributed network that would improve battlefield awareness for the military branch.

The defense contractor is envisioning a fleet of ships equipped with SPY-6 radars that can communicate with each other to give operators a better view of the battlefield.

Raytheon, the Office of Naval Research and the Above Water Sensors office in the Program Executive Office for Integrated Warfare Systems recently demonstrated their Network Cooperative Radar concept, seen as the foundation for the Navy’s envisioned distributed maritime operations, Defense News reported Tuesday.

Bryan Cavener, director of advanced technology at Raytheon Missiles and Defense, said in an email to Defense News that the NCR demo showed how multiple radars can work together for certain missions. He added that the concept will give decision-makers an enhanced ability to achieve and maintain control of the seas and project power.

The Raytheon executive explained in the email that distributed sensing can allow officials to collect and share data to uncover hidden weapons, aircraft and ships.

Rear Adm. Seiko Okano from PEO IWS said in a press release that SPY-6 will be critical in protecting naval forces. Software updates like the NCR demo will ensure that the radar will ensure that distributed sensing capabilities will remain viable in the future, she added.

Four versions of SPY-6 will be installed on seven ship types in the Navy’s future fleet. To date, the V1 version of the system has been installed and activated on the Jack H. Lucas Arleigh Burke-class destroyer for integration testing, while the V2 and V3 versions are scheduled to be installed in 2022. 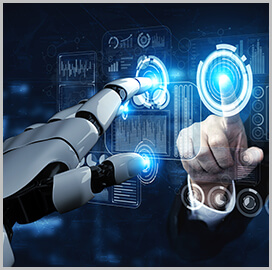