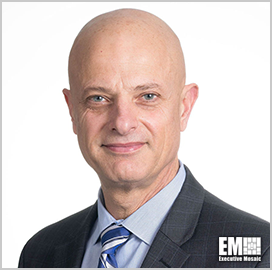 Said will report directly to RI&S President Roy Azevedo, a three-time Wash100 winner and a member of the Potomac Officers Club.

According to Azevedo, Said’s experience will be a key factor in improving product security and improving protections for clients.

Said most recently served as the inspector general of the Department of the Air Force. According to his Air Force biography, he reported to department leaders on matters related to force readiness, efficiency and the military discipline of airmen.

Said is a command pilot with more than 2,200 flight hours in the F-15 Eagle and the F-16 Fighting Falcon. He earned combat flying experience in Operation Northern Watch and Operation Southern Watch.

Said earned a bachelor’s degree in mathematics from the University of Alabama at Birmingham and a Master of Business Administration degree from Western Governors University. He is also an outstanding graduate of the U.S. Air Force Weapons School F-15 Division.