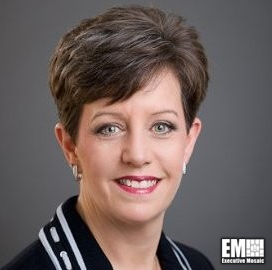 Rebecca Cowen-Hirsch has been serving as the senior vice president for government policy and strategy at Inmarsat Government for nearly 11 years now.

The said role puts Cowen-Hirsch at the helm of Inmarsat’s strategic and policy engagement with the U.S. government, as well as the company’s government outreach and advocacy programs.

With over 25 years of defense and aerospace experience, Cowen-Hirsch has taken on roles involving systems engineering, experimental flight test and program and spectrum management, the Washington Space Business Roundtable posted.

Recently, Cowen-Hirsch announced that Inmarsat intends to launch a sixth-generation satellite, dubbed Inmarsat-6, in the latter part of the year, followed by a next-generation Global Xpress satellite in the first half of 2023, in support of satcom-as-a-service offerings, according to an article published in ExecutiveBiz.

Speaking about the importance of satellite communication networks, Cowen-Hirsch told MilsatMagazine that U.S. government users need to fully understand the dependence of mission-critical communications to SATCOM before they can apply its comparative advantages in any given scenario.

She also put emphasis on the need for a new level of industry-government partnerships to foster military space modernization. In an article she wrote for Via Satellite, Cowen-Hirsch called on the U.S. government to take advantage of the commercial edge, especially at a time when the industry is making strides in space innovation.

“By partnering with one another, industry can plan, produce and innovate in a more strategic manner, to effectively align its efforts and investments with stated government needs,” she said.

From 1999 until the early 2000s, Cowen-Hirsch worked under the Department of Defense. Most recently, she worked with the Defense Information Systems Agency as program executive officer for SATCOM, teleport and service. She also served as DISA’s vice component acquisition executive and the director of the Defense Spectrum Office, which she established.