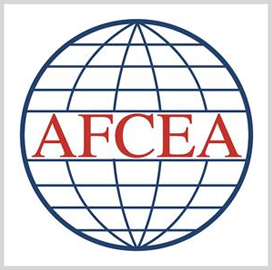 He will work to strengthen AFCEA’s position in areas such as cyber, security, intelligence and information technology. Black will also be responsible for building professional relationships with partners in the private and public sectors, AFCEA said Wednesday.

Retired Lt. Gen. Susan Lawrence, president and CEO of AFCEA, said that Black brings expertise in tactical communications, interagency processes and modernization strategies. Lawrence was a speaker at a past Potomac Officers Club event and a 2016 Wash100 winner.

Black will succeed retired U.S. Marine Corps Col. Michael Warlick, who will step down on Sept. 30. Warlick became an AFCEA member in 1987 and a life member in December 2001, his corporate biography says.