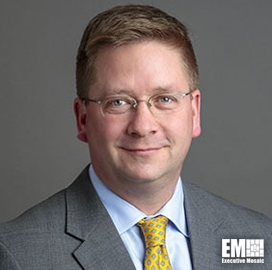 Rich Jacques, a Potomac Officers Club member, serves as Noblis' vice president of intelligence. He is responsible for directing the company's business in the intelligence, national security and law enforcement sectors of government.

Before he joined Noblis in January 2019, Jacques briefly served as the director of intelligence capture at Belcan, an information technology and services company based in Cincinnati, Ohio.

Jacques spent nearly 21 years of his career holding intelligence roles at Booz Allen Hamilton. He led the company's consulting practice in the service of customers from the Intelligence Community.

He began his professional career as a systems engineer at Intergraph, a computer software company based in Madison, Alabama.

Multiple programs that Jacques was involved in have been recognized for excellence through the Director of National Intelligence award and other awards.

He earned a master's degree in information systems from Johns Hopkins University School of Business and a bachelor's degree in geography from the University of Mary Washington.

Jacques is also a certified project management professional who has been recognized as a Scaled Agile Framework Scrum Master. The ITIL Foundation for IT Service Management also recognized Jacques' credentials.